My ultimate collection of funny pics, cute pictures, gross pictures, naughty pictures, funny animals, and funny videos - send your funny photos to me for posting on Best Funny Pictures. Warning - some of the pictures are just darned cute (like some of the animal pictures), others may offend some (gross pictures, dirty pictures, etc) - if you don't like my sense of humor, surf elsewhere :)

NAIROBI (AFP) - A baby hippopotamus that survived the tsunami waves on the Kenyan coast has formed a strong bond with a giant male century-old tortoise, in an animal facility in the port city of Mombassa, officials said.

The hippopotamus, nicknamed Owen and weighing about 300 kilograms (650 pounds), was swept down Sabaki River into the Indian Ocean, then forced back to shore when tsunami waves struck the Kenyan coast on December 26, before wildlife rangers rescued him. "It is incredible. A-less-than-a-year-old hippo has adopted a male tortoise, about a century old, and the tortoise seems to be very happy with being a 'mother'," ecologist Paula Kahumbu, who is in charge of Lafarge Park, told AFP.

"After it was swept and lost its mother, the hippo was traumatized. It had to look for something to be a surrogate mother. Fortunately, it landed on the tortoise and established a strong bond. They swim, eat and sleep together," the ecologist added. "The hippo follows the tortoise exactly the way it follows its mother. If somebody approaches the tortoise, the hippo becomes aggressive, as if protecting its biological mother," Kahumbu added.

"The hippo is a young baby, he was left at a very tender age and by nature, hippos are social animals that like to stay with their mothers for four years," he explained.

(I think this is one of the cutest, sweetest and most endearing things I’ve come across in quite some time – Emily) 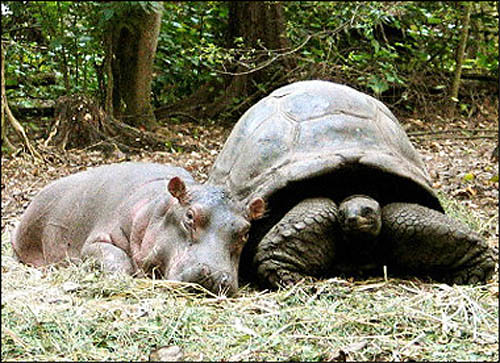 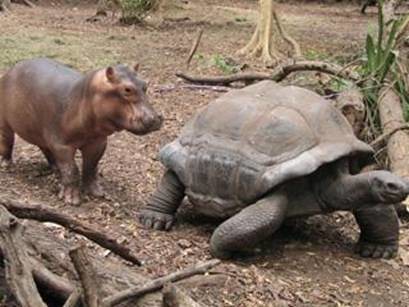 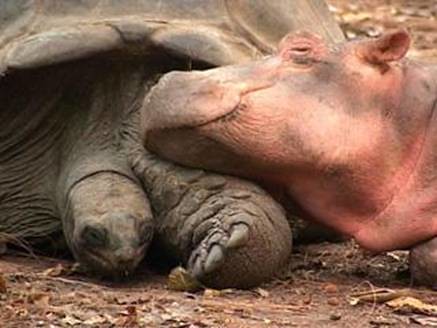 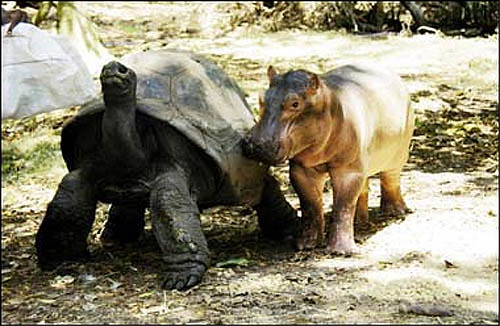 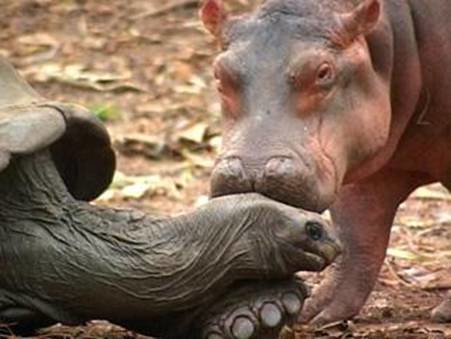 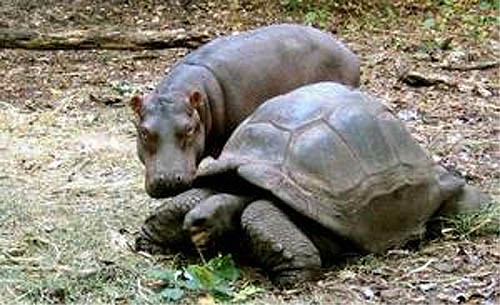 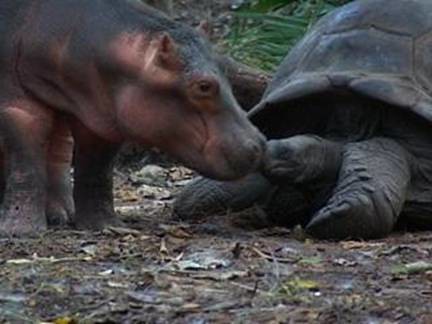 OK so before you scroll down – this next photo isn’t funny (it’s actually quite somber), although I’ve included it in this collection because it is an stunningly amazing snow sculpture that deserves to be seen.  It is a monument to those who died in 9/11 and to the firemen who worked so hard to save them, created by someone who clearly is incredibly talented.